Mixing C++Builder and Delphi code
In this paper, I will demonstrate that C++Builder can not only compile Delphi source code, but that the CodeGear RAD Studio with the C++Builder 2007 and Delphi 2007 for .NET identities combined can mix languages (one per source file) in C++(Builder) projects.

C++Builder 6 (and earlier)
The main difference between C++Builder up to version 6 and C++Builder 2006 is that the latter also consists of an IDE with not only C++(Builder) but also Delphi language capabilities. Although most people may know that C++Builder 6 can compile Delphi source code (like VCL components or Forms and their units), the Delphi units added to a C++Builder 6 project were always "read-only", as the C++Builder 6 designer is only able it generate C++ code (for new components and events). As a consequence, it was not really easy to do mixed-language development using Delphi and C++Builder. Prior to version 2006, that is...

C++Builder and Delphi
To demonstrate this, let's create a C++Builder 2007 application that uses a Delphi Remote Data Module (to solve a little problem I've had recently - but which will be fixed in a future update of the CodeGear RAD Studio).

We now have a C++Builder project. Ready to receive more files, like a Remote Data Module (to place DataSets and DataSetProviders to export these DataSets from this (DataSnap Server) application to thin-client applications written in Delphi or C++Builder that use a TxxxConnection component to feed TClientDataSets at the client side).

Unfortunately, the following will fail on Windows Vista.

Please do not try this at home if you have Windows Vista), and if you do, make sure to start the project anew when you want to add the Delphi unit to it later... No matter what we enter in the above Wizard, on Windows Vista, C++Builder (up until C++Builder 2007 with Update #2 applied) will give the following error: 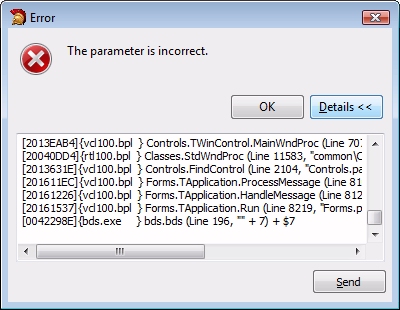 The problem is related to the fact that the template files for the C++Builder Remote Data Module reside in the Objrepos\cpp directory, in which the current user has no "write" permission.

This can be fixed by giving the "write" permission to the Users group (i.e. the group with the user currently running C++Builder 2007). 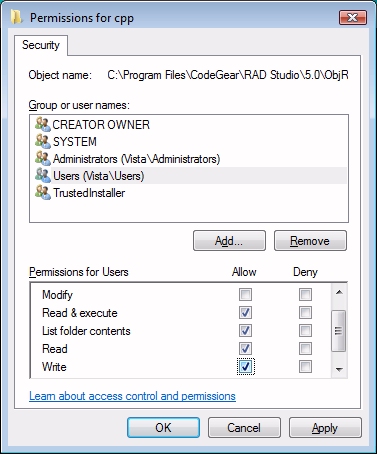 However, just to show the ability of a C++Builder project using Delphi code (and being able to modify Delphi code in the IDE), let's use a Delphi Remote Data Module! 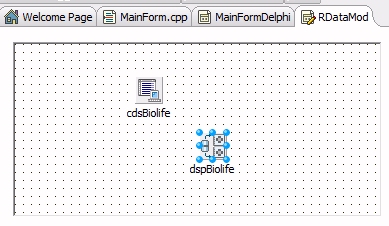 This shows that we can modify Delphi forms, data modules and even source code (like events) inside C++Builder, which is nice to know and enables us more easily to (re)use existing code (or programmers) in projects.

The C++Builder project still compiles fine, as you will notice (if you decided to play along so far).

We can now run the DataSnapServerCPP application and register the Remote Data Module inside it. Using a C++Builder Remote Data Module, the registration will be attempted automatically at program startup (this was changed for Delphi 2007, but not yet for C++Builder 2007).
Since we are now using a Delphi Remote Data Module, the registration will not be done automatically, but we have to run the DataSnap Server on the command-line, with the /regserver command-line argument. See my blog post for some methods of doing this with the administrator rights on Windows Vista.

After the Remote Data Module inside the DataSnap server has been registered, we can run the DataSnapServerCPP and make it wait for incoming client connections. 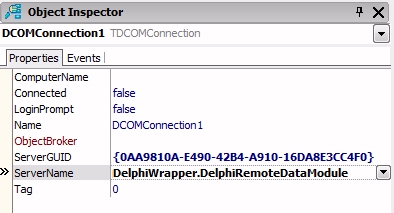 We can now open the TClientDataSet, work with the data, etc., and there's no noticeable difference to notice that the C++Builder DataSnap server is using a Delphi Remote Data Module.
This experiment adds to my believe that the combination of Delphi and C++Builder is stronger then ever, and mixed language programming (starting with a C++Builder project) is easier than ever, too.